A warning ahead: the following is a YMMV project. Coax collinears have come in very different flavours and it is very hard to find at least two sources which agree on a reproducible design. Ok, they all consist of a number of halve wave segments corrected for the velocity factor of the coax used. But that’s about where the similarity ends.

Realizing this could well end in a frustration (i did some collinears for ADSB with mixed results) i started off with what i thought was a proper design. However, while building i didn’t put the bottom part together in the way it was planned.

While measuring the SWR with a N1201SA antenna tester it was impossible to tune the SWR by cutting the whip. Only after removing the complete quarterwave top end, the SWR got right. Tuned it a little more by cutting the top halve wave with a cm or so.

This is what the final design became:

I used a N-connector pigtail cable (so the blue part is a little piece of RG174 coax). 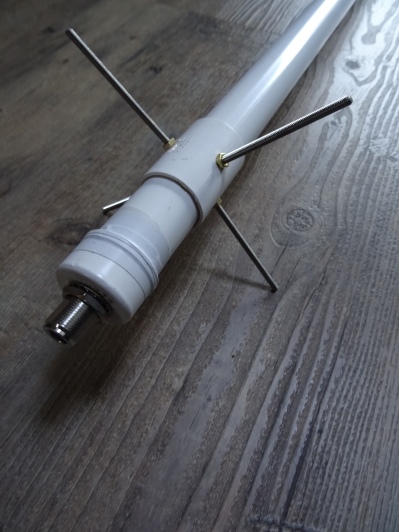 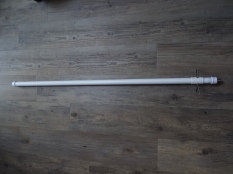 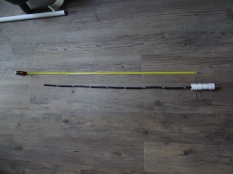 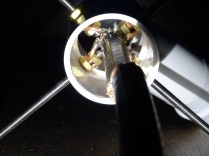 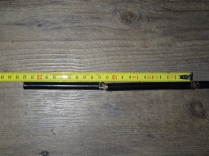 Having having done the tests and shooting the pictures the whole thing was glued together to prevent water from getting in.

The most exciting part! As mentioned the SWR results were disappointing until the top quarterwave part was taken off (probably as a result of not building the bottom part as designed). When the antenna was properly tuned the SWR was stable even when moving or touching the coax feed: the radials do their job! Also detuning caused by the PVC tube was neglectable.

A temporarely gateway was setup to compare the field strength to two whip antenna’s (which tested to be nicely resonant at 868 MHz). A quick comparison showed the collinear to outperfom the whips. Promising! 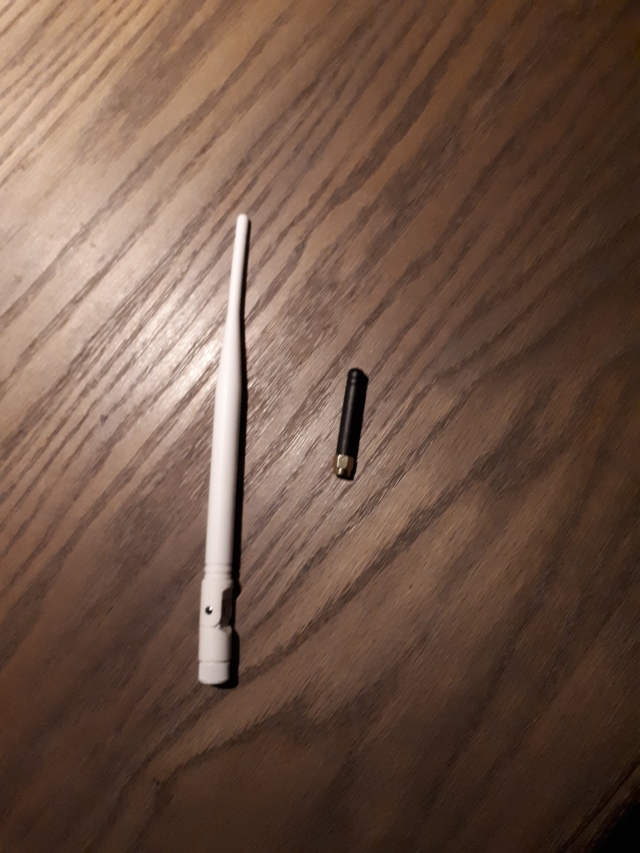 Later that day i did some more tests at 530m from my gateway and 7.2km from the gateway at Eindhoven airport (FFFEB827EB75534E). My LoPy LoRa tracker was used as signal source. I used 3 types of antenna’s: Small whip, large whip and collinear. I left the tracker running for a few minutes to have a number of observations). At home the results were analyzed from the datafile Node-Red creates. RSSI values varied +/- 4 dB without touching anything. For each antenna the average of the RSSI values was calculated, resulting in:

Still promising and about what to be expected of this configuration! This weekend the gateway and the antenna will move to the rooftop. Results will be shared here!

This entry was posted in LoRa and tagged Antenna, Coco, collinear, LoRa. Bookmark the permalink.